Dear Santa, I have been good

You know what they say, you’re the biggest thing to ever hit the North Pole. I mean, I hit the North Pole one time too and I’m bigger, but my North Pole was in Jersey at 230 NJ-17 in Lodi, but we don’t talk about that too much. Friends of ours, you know.

I just wanted to clarify the record from this week. Best record, I have. People are saying.

I write to express my strongest and most powerful protest against the partisan impeachment crusade being pursued by the Democrats in the House of Representatives. Ever since I turned down being named Time’s Person of the Year (AGAIN) everyone has been soooo jealous. Naughty Nancy’s jealousy made her teeth fall out!

This needs to reach your desk, if you have one of those – you look like someone who sits a lot since you’ve got all those elves working for you. Someday you gotta tell me how you beat them from unionizing. #FAKEJOBS

The Articles of Impeachment introduced by the House Judiciary Committee are not recognizable under any standard of Constitutional theory, interpretation, or jurisprudence. I know, I have access to two of the best Constitutional interpreters around – Stephen Miller and Steve Bannon – and they say that other people agree with them that it’s the Democrats who are doin’ the crimes!

Rudy said so too. He just got back from Ukraine. You ever fly over Ukraine? A lotta people say you can fly all over the world in one night, and the only time I did that was when my doctor gave me some wakey pills. He said they’d keep me awake. 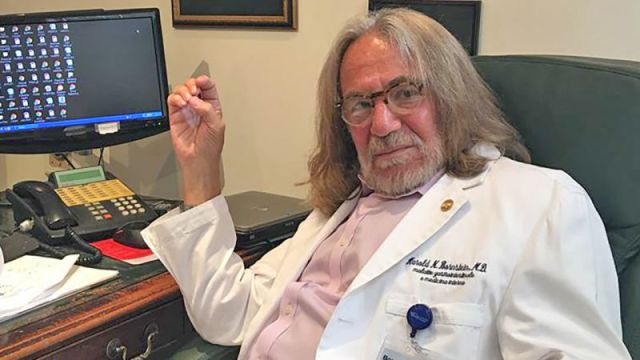 Dr. Harold Bornstein, MD, is a good name for a doctor, if you know what I mean and I think you do. People say you know, and I trust them. Look at all those things on his computer. Busy man!

So I took all of them and I haven’t been to sleep since. WHO NEEDS IT?!

Not me, while Democrats are worried about me finding out about all their crimes, misdemeanors, and offenses, I’m busy doing the opposite of those things. I just gave $2 million to charity. I don’t keep track of that stuff, that’s little person money. Not like money for elves. You don’t pay them do you?

Anyway, I just wanted to clear the record with you, Santa. They say you’re a good guy. They say we got some of the same friends. Friends of ours. Friends who can do things. Not like those Democrats, who have cheapened the importance of the very ugly word, impeachment!

See, the way I see it, by proceeding with their invalid impeachment, they’re violating oaths of office, breaking allegiance to the Constitution, and declaring open war on American Democracy. They’re trying to nullify the Founding Fathers, and if they did that then Marty McFly wouldn’t have a chance to earn all that money in sports casinos. WHAT A CRIME THAT WOULD BE!

Almost worse, ALMOST WORSE BUT NOT, they’re offending Americans of faith by continually saying pray for the President, when you know this statement is not true, unless it is meant in a negative sense. It is a terrible thing they are doing, but they will have to live with it, not I! You don’t need to pray to you to get gifts, right?

Anyway these Democrats never believed in you. I bet most of them like Shifty Schiff and Naughty Nancy were on your bad list. How could they not be, with names like that. What kind of parent names their kids that!?

Anyway, Santa, I know you’re a busy man with worldwide operations just like me. I just want to level with you. Those things that they’re saying, about “Abuse of Power” this and “Obstruction of Justice” that? Completely made-up. Even more made-up than anything that my brain could make up. And I wouldn’t do that to people because I think highly of them. Not Shifty Schiff and Naughty Nancy though. If they’re on your bad list, they’re on my bad list. We gotta stick together here.

Just like you’re always looking out for the North Pole (the one by Canada or whatever, not the one I know in Jersey), I’ always put America’s interests first, just as I did with President Zelensky. Funny guy, that Zelensky. Funny name. I wonder if he came up with that on his own.

So I was minding my own business on behalf of OUR NATION when that Biden sonofabitch comes outta nowhere and uses his office to spend money on people that weren’t me. Then, his kid got a job on a board that my kids didn’t even have a chance to apply for? I said “WHAT IS THIS, MEXICO?” But I guess they all speak Mexican in Ukraine because they didn’t answer me.

My coffee boy, Rudy, brought this evidence back from Ukraine and we’re going to use it to DRAIN THE SWAMP!

Everyone knows what it’s all about. I won, they lost. They were always losers, who knows how they got this far. Probably stole an election or two. Lot of my friends are saying that’s possible these days.

Ever since I WON AND THEY LOST, they’ve been pushing this story through the #FAKENEWS #MSM #LIBERALMEDIA that they were going to impeach me. ME! Whaddid I do to them? Nothing but beat them in a bunch of elections!

Then I went and MADE AMERICA GREAT AGAIN like it’s never been! Better than ever before! I won’t take too much of your time because you have to build toys or whip elf-slaves or whatever, but here’s a list of things I did that the DO-NOTHING DEMOCRATS COULDN’T EVER DO!

I could go on, believe me. I could go on for days thanks to Dr. Bornstein’s magic wakey pills. Weeks, even. But, you got work to do and I respect that. While I have no doubt the American people will hold the Democrats fully responsible in the upcoming 2020 election, they will not soon forgive this perversion of justice and abuse of power.

One hundred years from now, when people look back at this affair – and believe me, I know a thing or two or three about affairs (you too, I bet) – I want them to understand it, and learn from it, so that it can never happen to another President again.

Also, I’ll cut to the chase here. If you’re a good, standup guy, Santa, all I want for Christmas is some one-way, first-class tickets to a non-extradition country. Someplace warm, but if that’s not possible, someplace with blackjack and hookers.

Donnie Two Scoops
President of the United States of America

← My Next Evolution of Musicianship: The American Artist Beef
War On Christmas, 2019 →