Today, I start a new trend on this blog that I will probably absolutely not follow up on strictly because you can’t call something a repeating (“Annual”-type) thing on the first shot.

Maybe next time I do it, I’ll establish that it’s not a one-off, and the third time I do it, girl, that’ll be a trend. A data set, even.

Today, I’m going to introduce a series on KSAs, or Knowledge, Skills and Abilities. This is happening because I receive numerous newsletters through my professional and personal email accounts, to varying success. Having sent some myself, there’s no small amount of work involved in sending them – or annoyances involved in receiving certain types.

So, basically, KSAs will equal mean complaining about the way people professionally communicate. Which will remain on-topic to the overall content of this my literature here, except with less current events focus.

Please don’t worry, my usual endearing hostility will be everpresent.

So I had to do this thing at work after another employee left for Parts Unknown, and when that happened the workforce nearest to that individual got to “restructure.” Or, to put it in the way that any labor-friendly economic policy would put it, that individual’s former co-workers now had extra work on their hands with limited extra pay.

Among these myriad tasks was one that I will describe, with eternal glee, as work-fuckery. It was a job that had been demanded by an outsider several years prior, someone who at the time was A Somebody. The problem was, due to organizational attrition rates, no one was left around who knew who that Somebody was, let alone if they still existed.

And yet, the work persisted. Because you can’t let down A Somebody, even if they no longer exist in this earthly realm.

The job? Without going into many details, was a “Come to Jesus” type of thing. A good-news-from-around-the-organization type of thing. One that resolved itself as a PDF that was dozens of pages long, and had to be sent out every single week, just in case that Somebody was still around.

For the record, Fuck Somebodies. They’ve done more to damage society than anyone else, particularly because of the sheer banality of the tasks they demand be done. Without their endless Cog in the Machine-type requests, we could be doing something with our world instead of sending out PDF newsletters.

In the great ratrace of work-fuckery, We Are All Achmed the Dead Terrorist.

I, on the other hand, am a magnificent employee and steward of organizational budgets; a master of my time management and expert in cost savings.

No fuckin way was I doing this daylong task, when I had wayyyyyy higher level shit to accomplish.

“The work must go on. Somebody might be looking for it,” came the courageous managerial response.

So, a compromise was forced. I couldn’t take the majority of a day to put toward a task that no decent human being – Somebodies be damned – would bother to look at. But with Brave Sir Manager not offering any recourse, the task had to go forward.

So, a blog post was created. One that had the same information, and that actually interacted with the outside world. One that was quickly scannable and didn’t set off every virus and phishing filter known to humankind.

Plus, it gave me a way to track things long-term, and whether or not any of those motherfuckin Somebodies were really paying attention in the first place.

While this should not be taken as some gospel for how blog posts can save the day, it should ABSOLUTELY be taken as a communications hierarchy. Blog posts are shit, but they’re still better than PDF Newsletters, nearly every time. 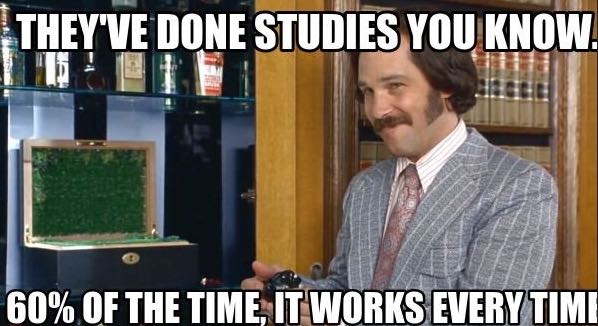 Studies. And such as.

Anyway, since I know none of you visionless plebs will ever bother to look into studies, there are other indicators of why a newsletter as a PDF is a terrible fuckin notion.

Again, aside from the fact that they’re probably going to have to be specifically white-listed through your email provider, even if you do that, PDF newsletters have a tendency to be way too large.

PDFs get corrupted easily, almost as quickly as those cat memes you saved in “JPG” format. Idiot. Just save it as a “PNG” already. The cat meme, not the PDF. 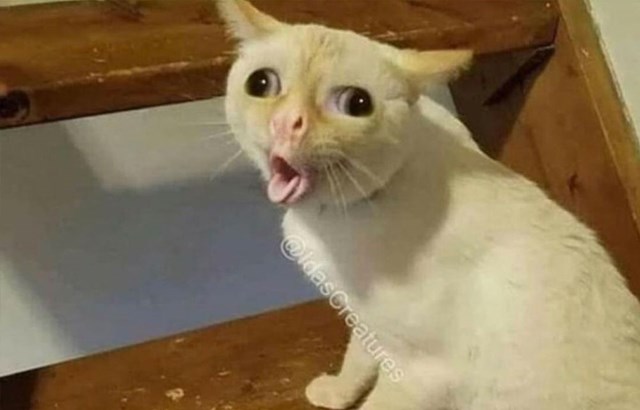 PDFs don’t allow for much interaction, and therefore don’t give you any analytics to work from on which content received more focus, and which less.

Sharing of modular content is RIGHT OUT. Few people are going to open your PDF to begin with, and only a statistically tiny (although non-zero) percentage are going to want to share it, ever. Even then, it would be helpful if they could share the one thing they found most helpful. But they can’t, because you’re stuck making PDF Newsletters like some goddamn caveman. 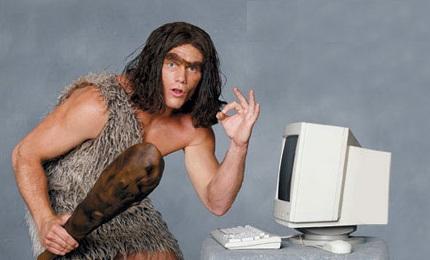 Lack of media is a huge deal. Links to videos, as well as social sharing options, are a must.

So that’s it. That’s the big reveal. The magic trick, unmasked. If any of you miserable motherfuckers has any problem with that, send it out in a PDF and I’ll get to it later.

Tags: fuck you, KSA, PDF NEWSLETTER, SO EASY A CAVEMAN STILL CANT DO IT, work-fuckery

← Ending the War on Drugs
Global Warming and You →