There’s this notion that keep getting pushed around that the world is getting worse. Society is crumbling, “these kids nowadays don’t respect anything,” and everything in general is going to hell in a handbasket.

As a quick aside, I’d like to commend the maker of said handbasket, because it’s been holding the whole world on its way to hell for a long time. Nobody does quality manufacturing like that anymore…

People have a tendency to believe that the world is getting worse, because it feels that way. After all, you see the news everyday, right?

Except, the world isn’t getting any worse, but your perception of it has.

Yet, violent and property crime have drastically decreased since the 1970s. Maybe we’re better. Maybe we realized that being stacked on top of each other in densely populated cities was no good, and opted for the space, creating housing that was 1,000 more square feet now than fifty years ago. Maybe it’s because we’re not drinking lead water anymore (sorry, Flint). Maybe, despite wealth going down, an increased access to resources thanks to government aid and non-profits helps to prevent crisis. Or maybe, we’ve raised a generation of people who abhor violence and theft more than ever.

What? IT’S BEEN A HARD DAY, DEBRA!

Regardless, an increasing viewpoint among members of society – at least American society – is that things are getting worse, much worse. It isn’t, but our access to the news of the violence has.

If it bleeds, it leads

There’s a cynical notion that newspapers only put the bad news on the front page in order to sell more issues. That’s only half-right. The real reason – the whole truth, as it were – is that bad news sells newspapers because people have a vested interest in keeping themselves safe. Knowing is half the battle, as GI Joe used to say.

There are two examples above that reference the 70s, so I’ll use that as my starting point here. Back in those days, people had a tendency to have three inputs of news information throughout the day: Morning Newspaper, Evening TV News, and Nightly TV News.

That was it. Morning Newspaper got the big stuff out of the way and some previews of what was coming. Evening TV News might touch on some hard stuff so that people had a few hours to digest it before bed. Nightly TV News focused on feel-good stories, sports and weather to give people something decent to think about while they were headed to dreamland.

But then, input started to change, slowly at first. Up to that point, people had those three inputs, and maybe some radio time occasionally. The onset of personal records was on the rise, though, and would help usher in an increase in personal media (to be followed by boomboxes, Nintendos, Walkmen, Playstations and XBoxes, mp3 players and now, smart phones).

Up until the 70s and 80s, there were major control mechanisms in place on who was putting out information and what information was going out at what time. So even though violence rates were higher then than it was later, society had a tendency to look back at those years as idyllic. Well, not all society.

So, if violence has decreased, why are we more likely to think that the world is more violent?

Coined by researcher George Gerbner, the term has come to encompass the feelings that people have when they consume too much information that is related to violence or aggressiveness. While Gerbner originally looked solely at violence in television, researchers and theorists (including the Very Reverend and Most Radical Publius Minimus) have noted that it’s the narrative that matters, and the narrative finds analogues throughout modern media – print, broadcast, video games, music, online and virtual.

So while up to the 70s and 80s, people had to deal with roughly three daily inputs of news information, the growth of cable news, the sunrise of the Internet Age, and the propagation of blogs and the individual as publisher changed things, dramatically.

Previous, hyperlocalized reporting models of the past fed communities information that happened ‘round the block within a week of it occurring. Now, it’s not just possible, but likely, that your news feed of choice is going to spit out at you news of violence ‘round the world, as it happens.

So even though violent and property crime have both gone down; even though we’re living in the most relatively peaceful time in human history, it seems like it’s only getting worse. Gerbner knows why.

Now, consider that that was in the 90s. Now, figure in the normality of violence in video games or music, and the figure expands tremendously. Some nanny-staters and family-centered moralists have argued this leads to a rise in violent behavior, but crime statistics tracked by the FBI through uniform crime reports tell a different story.

The violence portrayed through mass media doesn’t make people more violent, it makes people more anxious and fearful. Which is exactly why people of 2018 think that the world is getting worse, even when most indicators say that it’s gotten better, safer. 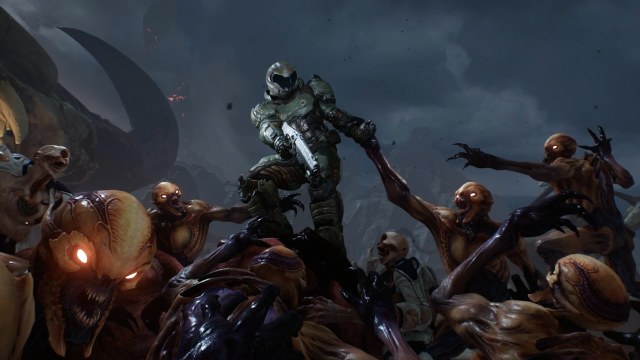 What you’re made to think walking to school looks like in 2018.

“But Mr. Minimus sir, what do?” you ask in a frenzy of pearl-clutching?

Let’s go back – just for a second – to that example from the 70s I used where people have three news inputs throughout their day. Now, think about how many news inputs you have.

Now, think about how much you use your computer or your smart phone. And understand how even that has changed beyond your control in an era of push notifications.

For those of you what don’t get it, here it is: A “push” notification is a notification that a digital application will automatically send through your operating system, Internet browser or smart phone. Those little boxes that pop up without your control? That’s a push notification. The more digitally-connected you are, the more push notifications you are likely to be assaulted by, and the further and further you move away from the 70s example of three daily news inputs.

You might still have the Morning Newspaper, Evening TV News, and Nightly TV News, but you now also have Facebook, Twitter, Youtube, Snapchat, Instagram, Tinder, email accounts at work and home, and an always-on smart phone that’s main purpose for existing – making phone calls – has been dwarfed by all the other applications that you’ve installed to make life easier. Applications that are pushing notifications to you at will about the news of the day.

That’s why the world seems to be bad and getting worse by the minute. It’s because 20-30 years ago, the morning newspaper would provide an update on the local crime report once per day or once per week. Now, your digital applications are pushing global crime reports constantly. It’s not just the theft that happened around the block or the murder that happened across the state, it’s that plus the wars halfway around the world and the arsons, rapes and mass killings that are occurring in nations you’ve otherwise never heard of.

It’s enough to make anyone anxious. So next time you’re feeling down, frustrated, fearful, uncertain, full of doubt or just stricken with general malaise, remember that there’s something behind it: Mean World Syndrome.

And there’s an easy cure. Disconnect for a little while, even if it means you gotta stop reading this fuckin’ awesome blog. 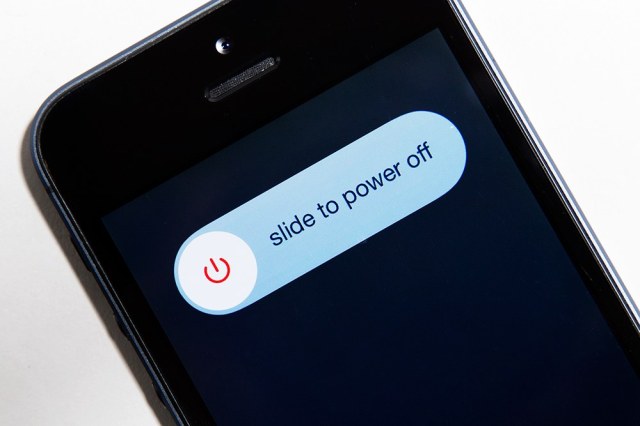 ← Everyone on Arthas is a shitheel
The looming Cash Grab →