Welp, we’ve still got our guns (and always will)

It was with great vengeance and furious anger (perhaps furious delight) that around the January inauguration of Pres. Donald J. Trump that I rained down critical thought facts on my most ultra-conservative friends.

You know, the ones who’d been howling for years that Pres. Barack H. Obama was coming for their guns.

I asked, with monumental relish, if they still held their precious firearms. To be certain it was absolutely over-the-top and possibly a bit condescending. The bitter divisiveness borne of 8 years of “He’s coming for our guns!” underwrote every single statement. And every statement was met with deafening silence.

In one case, a dog barked in the distance.

Then somebody shot it because that damn dog should have known better than to open its mouth.

Because the whole point was that Pres. Obama was never coming for anyone’s firearms. Surprisingly lost on most of the rabid-gun right was the fact that he was the only presidential candidate of recent years who’d expanded gun rights by allowing carry in national parks and wildlife refuges.

Yet, the NRA and other groups who thrive on fear-mongering continued the baseless assault on common sense by claiming at every stop that “Any day now, they’re going to come for your Second Amendment.”

Yet, here we are as Americans, with expanded gun rights and more privately held firearms than ever.

You know, if I wanted to make a lot of money, I’d invest heavily in domestic firearm manufacturing, then run for national office as a Democratic candidate…

But I digress. My original point was to ridicule the eight goddamn previous years’ of pants-wetting nonsense that was wholeheartedly embraced by the conservative right of the American political spectrum. Conversation after conversation where no evidence was provided by friends who had been emotionally hijacked by national lobbying groups or local shooting clubs, all of which stay in power because of one thing. Fear. 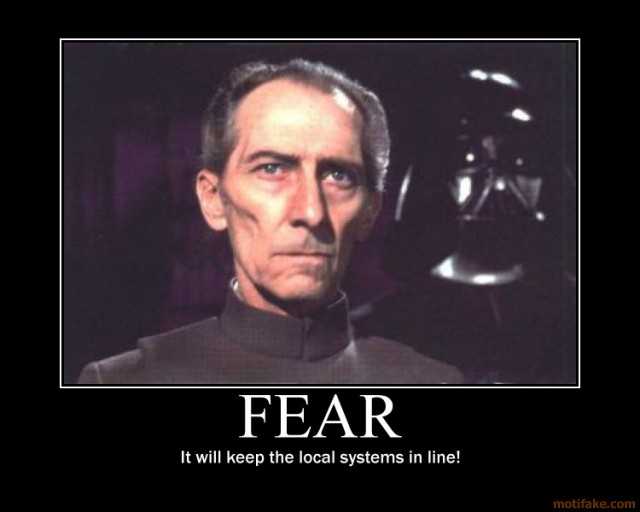 Hmm. Where have I seen that put into practice lately…

So of course, nobody had much to say when presented with facts other than bringing up Sen. Diane Feinstein’s latest comments. Because if anything, a lone California senator can overpower the single-most influential lobbying outfit. Sometimes there were comparisons to the Jews being disarmed, or in how it was happening right under our noses in New Orleans, or that just because it hasn’t happened here yet, doesn’t mean it can’t.

Here’s why it can’t happen here. 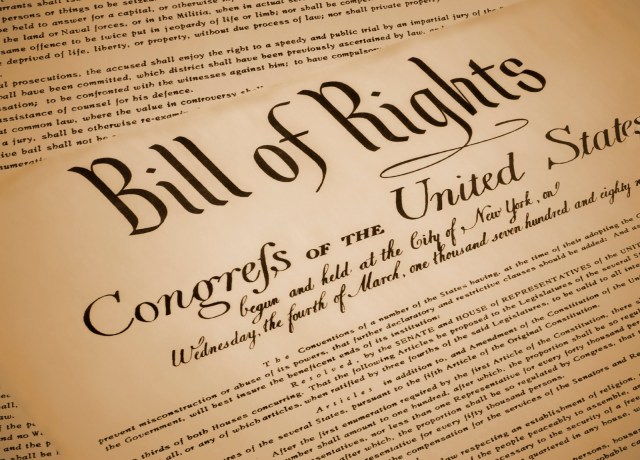 Mainly, because of this. But there’s more!

To begin with, the United States of America is one of only three countries that have the right to keep and bear arms (or similar language) embedded in its foundational governing documents. Depending on what your definition of “country” is, there are between 196 and 230 of them on Planet Earth. And only three take the time to mention gun rights by name somewhere in their constitutions: us, Guatemala and Mexico.

Meaning, it’s not some universal truth or God-given freedom. It’s a protected right available to people within the boundaries of those countries. Also meaning, it’s one of the hardest rights to take away because it’s encoded in the God-damned founding document.

Beyond it being a foundational right to Americans, guns are firmly embedded in the culture and character of American society. That will never change, and would take not just an overthrow of the government, but a radical shift in society, to do it.

And to be perfectly honest, if we as Americans don’t even want to talk about gun control after the latest school shooting, then it’s not going to happen ever.

When was the last one, you ask? It’s all right here.

Let’s move forward with the facts. A widely-circulated number originating from the FBI and supported by the NRA is that as of 2010 there were about 300 million firearms privately held in America, population 314 million. As of today (spurred by years of “outrage” in the face of gun-nabber Obama) that total has grown to be 357 million against a population of 319 million.

That reminds me, I used to have a .357 Mag, and damn that was fun to shoot. Much more than the current M9 9mm, which I bought for familiarity reasons after I got out of the Army. But enough about my credentials.

I’d like to use those previous numbers as a comparison for people to understand just why our guns will never, ever be taken away. The Small Arms Survey in 2007 listed the total number of firearms worldwide as 875 million, but that was when the U.S. still only had 270 million of them. New numbers don’t seem to exist where I can find them, but if we add to the worldwide numbers just the increase in American-held firearms since 2007, that brings the worldwide tally (357-270=87. 875=87=962), that leaves us with 962 million firearms spread among a population of 7.5 billion people, or seven people for every firearm.

BUT WAIT, THERE’S MORE! If the U.S. population of 319 million holds 357 million firearms, that means America represents 1/23 (one twenty-third) of the entire population of our species, which holds more than a third of the firepower.

There’s a quote that’s attributed to Isoroku Yamamoto, fleet admiral and commander-in-chief of the Imperial Japanese Navy during WWII. As the quote goes, invasion of mainland America would be nearly impossible as there would be a rifle behind every blade of grass. Regardless of whether or not Yamamoto said it, the sentiment stands. And if the Japanese Imperial Military was afraid of the U.S. during the 40s because of our private firepower reserves then, who could overcome it now?

The answer: No one.

Because 1/23 of the population, existing in the geographic confines of the U.S.A, owns 1/3 of the fucking guns. There aren’t enough Sen. Diane Feinstein’s in the world to generate the political will necessary to propose the confiscation/ban, let alone follow through with it.

Your neighborhood picnic. Incidentally, the image comes from a site talking about “40 Reasons to Ban Guns,” where the author lists 40 strawmen arguments he then assigns to the anti-gun crowd. Don’t worry, he said he was just being sarcastic at the end.

So not only do Americans have a nearly one-of-a-kind protection for firearm ownership built into the Constitution, they have a free market that allows for a relatively small percentage of the entire population of our species in control of a huge portion of the guns.

The types who make those sarcastic comments above like to say that it won’t be the U.S. military who undertakes a confiscation, but the U.N. or local cops. To which I respond, “That’s nonsense, take your pills Uncle Greg.”

One special moment in American conspiracy comedy is when theorists and gun-warriors spend years decrying the U.N. Blue Helmets as lacking any discipline or authority, unless the Blue Helmets are coming for their guns. Then it’s serious business and the Blue Helmets might as well be direct descendants of King Leonidas I.

One special disconnect in the basic understanding of our criminal justice system, made by these same conspiracy theorists and guns-at-all-costs “enthusiasts” is the misbegotten notion that any confiscation could happen in a country founded on those rights run by a government that has no inclination of picking that fight with a society that owns more guns than any other society in human history.

So what would prosecution of the most well-heeled society on Planet Earth look like? Mistrials everywhere. It’s fairly well-known  and commonsensical to understand how many law enforcement officials, including prosecutors and judges, personally own firearms. What that means is even the dumbest law student to pass the Bar would find themselves in a perfectly reasonable place to defend any citizen who was prosecuted for simply owning a firearm. How? By calling for a mistrial due to the perversion of justice that allowed one defendant to be arrested by cops (who own guns), be prosecuted by public attorneys (who own guns) or be ruled over and sentenced by a judge (who owns guns).

It’s that simple, and I ain’t even some big city lawyer.

To reiterate: “They” can’t come for your guns because:

That’s it. Those are the reasons. Word it however you want, but taking 1/3 of the privately-held firearms away from 1/23 of the population spread out among 3.8 million square miles and with the full protection of the U.S. Constitution behind them is not possible.

So I guess I’ll run for national office as a Democratic candidate and run on the slogan “Let’s talk about guns!” Right after I invest heavily in the domestic gun market.

Tags: 2nd amendment, gun grabbers failed, gun nuts are crazy, tacticool, this is my rifle this is my gun